â€œIf itâ€™s one call from a regular guest who has to cancel at the last minute because of extenuating circumstances, thatâ€™s not a problem,â€ Rauch said. â€œOur goal is to protect and grow our revenue.

But at the same time, we have no desire to have guests hate us. The last thing we want is for someone to badmouth us on social media because of how we handled their cancellation.â€

With last-minute cancellations having the potential to wreak havoc in the revenue management arena, hoteliers from Los Angeles to London are opting for a range of solutions that include tightening the rules on refundable bookings and turning to more sophisticated algorithms to forecast.

Last-minute cancellations have been on the rise in recent years amid an emergence of online tools and platforms that make it easier for consumers to shop and compare hotels, explained Bjorn Hanson, a hospital industry expert and professor with the New York University Preston Robert Tisch Center for Hospitality and Tourism.

â€œItâ€™s an increasing problem that needs to be addressed,â€ he said.

â€œPeople are always looking for a better deal, and most cancellations happen when they see another hotel lowering their rate,â€ said Jamie Pena, VP of global distribution and revenue strategy for Omni Hotels & Resorts.

She and many of her fellow industry colleagues are taking action.

Comments Off on Hospitality Industry Management Update: “How to Combat Last-Minute Cancellations” 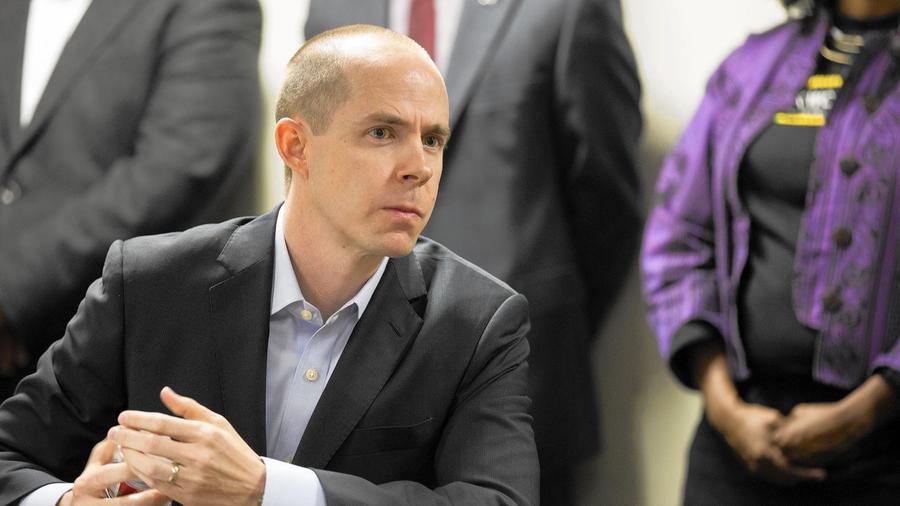 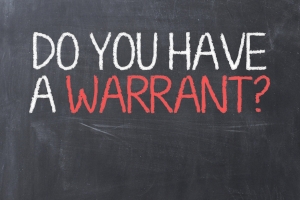 “Of the 29 people who were staying at the hotel, 15, including a child, were hurt and suffered minor to serious injuries, fire officials said.Â Most of the injured suffered broken bones from jumping, 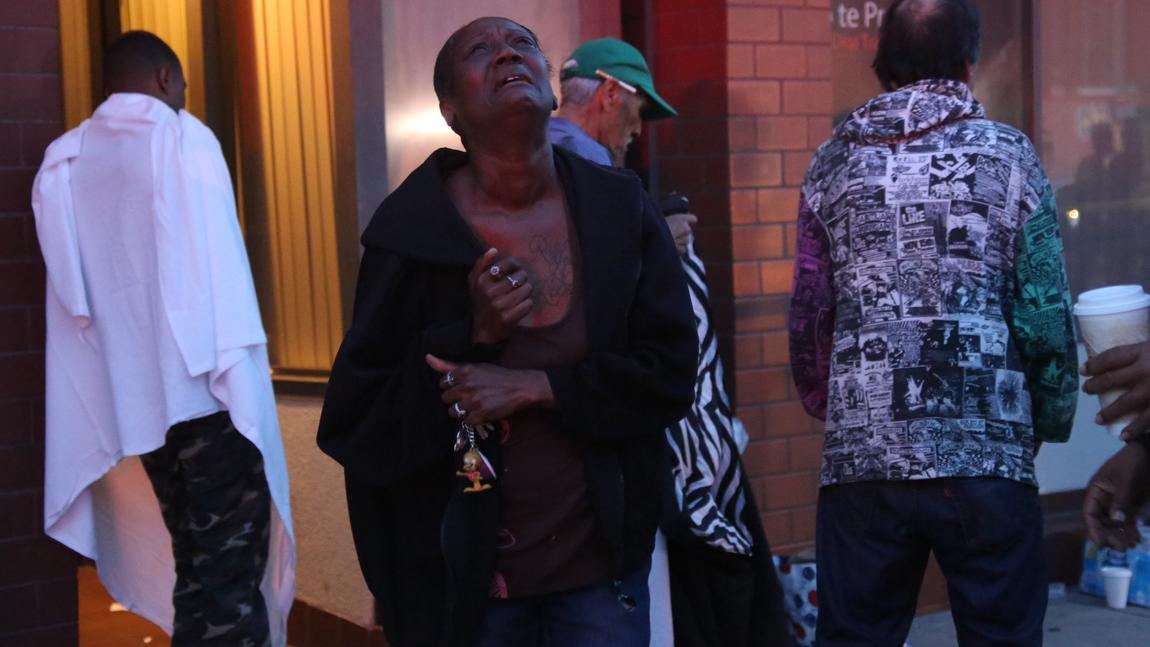 fire officials said.Â Alejandro Lopez, 40, said he was trapped inside his room and the intense flames left him with only one option: Jump out of the window.”

A man was killed and 15 were injured when flames overtook a hotel early Thursday in Wilmington, forcing some peopleÂ to jump out of windows.

Other hotel residents jumped out of windows to escape the flames.

…backers of the measure said it would prevent hotel workers from having to take on second jobs that keep them from seeing their families. They also argued that the hotels in Los Angeles have benefited from the city’s efforts at boosting the tourism industry.

The lawsuit from the American Hotel and Lodging Assn. and the Asian American Hotel Owners Assn. contends that the City Council’s decision to impose a $15.37 per hour minimum wage is preempted by federal labor law and therefore unenforceable.

The two groups also say the city is interfering with labor relations and union organizing at its larger hotels. And they voiced fears that L.A.’s ordinance could be replicated elsewhere in the country.

…In dissent, Judge Richard Clifton said that courts previously have ruled that hotel guests have no expectation of privacy in records of their names and room numbers. “A guest’s information is even less personal to the hotel than it is to the guest,” CliftonÂ said.”

The Supreme CourtÂ agreed Monday to referee a dispute over police access to hotels’ guest information without first getting a searchÂ warrant.

The justices said they will hear an appeal by the city of Los Angeles of a lower court ruling that struck down an ordinance that requires hotel operators to open their guest registries at the demand ofÂ police.

The federal appeals court in San Francisco divided 7-4 in ruling that the ordinance violates the privacy rights of the hotels, but not theirÂ guests.

And for more information on how to best handle police requests for information, check out Petra’s own Director of Risk Management, Todd Seiders, in this P3 Risk Management Update “How to Handle Police and Law Enforcement Request for Hotel Guest Information”.

For more information on Petra and P3 visitÂ petrarisksolutions.comÂ or call 800.466.8951.

wages will lift working families out of poverty. Under the law, hotels with union workers can be exempted fromÂ the $15.37 hourly wage if workers agree…City Hall leaders on Wednesday rejected the criticisms. Councilman Mike Bonin, who advocated passage of the law, questioned the prediction that 533 hotel jobs will be lost in his Westside district.

Ratcheting up their opposition to a new law requiring larger hotels to pay workers $15.37 an hour, representatives for the hotel industry on Wednesday threatened to sue the city over the ordinance.

Standing outside Los Angeles City Hall, hotel operators and business leaders said they are considering a lawsuit based on federal laws. They also released new numbers predicting 1,488 jobs â€” including at least 140 in the San Fernando Valley â€” would be lost as Los Angeles hotels lay off workers to compensate for the wage hike.

“a progressive leader” for the nation…Some business groups warn that hotels could be forced to cut jobs if the plan passes. They cited a city-requested report released Monday that said hotel developers will bypass Los Angeles if the ordinance is approved.”

The drive to boost minimum wages in Los Angeles could reach a milestone this week as the City Council votes on a proposal to raise the hourly pay of thousands of workers at big hotels to at least $15.37.

That would be more than $2 an hour higher than the minimum wage Mayor Eric Garcetti is advocating for workers citywide.

Labor groups are rallying behind the plan now before lawmakers, saying that it could pull hotel workers’ families out of poverty and inject more spending into the local economy.Â Several council members favor the increase, includingÂ Councilman Curren Price, who said it would make Los Angeles “a progressive leader” for the nation.

Comments Off on Hospitality Industry Management Update: “Council to Vote on $15.37 Minimum Wage for Workers at Big Hotels”

The proposal comes as the Los Angeles City Council is considering raising the wages of non-unionized hotel workers to $15.37 per hour.

Hotels near LAX that do not provide health care are already required to pay their employees a similar wage. Hotel operators that do offer health insurance must pay workers about $11 per hour.Â

Following in the footsteps of cities like Seattle and San Francisco, Mayor Eric Garcetti made a Labor Day pitch for an increase, over the next three years,Â in the Los Angeles minimum wage to more than $13 per hour.

The mayor made the announcement in a South L.A. park at what’s billed as a “rally to address poverty in Los Angeles.” Â His proposal would increase the city’s minimum wage to $13.25 an hour by 2017 and then tie the wage to the Consumer Price Index for urban wage earners.

Hospitality Industry Technology Update: “The Hotel Booking App That Will Change Everything!”

“Also, unlike most apps, Roomlia has no ties to a userâ€™s credit card information. It passes the credit card data on to the hotel securely,

which means that the user can handle booking changes directly with his or her hotel of choice, making it much easier on theÂ traveler and the hotel.”

I am an avid hotel-booking-app user. I regularly toggle between Hotel Tonight, Expedia, Travelocity, and Orbitz to hunt for rooms and deals when I travel. Sometimes I use them even when I donâ€™t have travel plans as a way to decide where I want to go. Iâ€™m cheap!

I like to search Gogobot to browse by destination. I thinkÂ Hipmunk offers a stellar user experience. I am not altogether unhappy with the app landscape right now, soÂ Iâ€™m not necessarily in the market for a new hotel booking app, but I am always willing to try something new.

Comments Off on Hospitality Industry Technology Update: “The Hotel Booking App That Will Change Everything!”