The Holiday Inn Express along Corridor G in South Charleston has been evacuated after carbon monoxide was detected inside the building.

Kanawha County 911 Dispatchers tell WSAZ.com a man was found dead in the hotel and three others taken to the hospital.

One man was seriously injured. The other two victims were taken to the hospital as a precaution.

A South Charleston Firefighter tells WSAZ.com the two men were found on the 5th floor of the hotel.

Firefighters say there were extremely high levels of carbon monoxide found on several floors of the hotel.

About 10 to 15 people were inside the hotel at the time of the evacuation.

Eight guests sued in August, seeking $337.5 million in damages from the resort and its builders. An MGM Resorts spokesman at the time denied negligence, saying hotel officials carefully communicated with its guests and reimbursed

them fairly for legitimate medical expenses. The case is still pending in federal court in Las Vegas.

The bacteria that causes Legionellosis â€“ or Legionnaires’ disease â€“ was found in water samples at the Luxor hotel-casino this month after a guest died of the form of pneumonia, health officials in Las Vegas said Monday.

The Southern Nevada Health District said the Centers for Disease Control and Prevention national surveillance program reported three cases in the past year of Luxor guests being diagnosed with the disease caused by Legionella bacteria.

The Las Vegas Strip resort’s water was tested after the first two cases were reported during the spring of last year, but no Legionella bacteria was detected, district officials said. Those guests recovered.

Officials say the Luxor, owned by MGM Resorts International, immediately began a remediation process once the bacteria was found.

Comments Off on Hospitality Industry Health Risks: Nevada Hotel Sued For "Negligence" By Guests Claiming To Have Contracted "Legionnaires' Disease" From Water System

“The biggest issue hotel managers face in the coming year vis-Ã -vis the law is compliance with the myriad applicable statutes, rules and duties owed…”

A hotel faces potential legal consequences for all of the following:

Comments Off on Hospitality Industry Legal Risks: Hotel Owners And Management Will Face Numerous Compliance And Regulatory Issues In 2012

employees to maintain a safer workplace….”

â€œEvery year we get back … a little over half of our premium that we paid. So, itâ€™s a big return of an expense,â€ says Lindskog whose company has been in the program since 2004. â€œA lot of people donâ€™t want workers comp insurance because itâ€™s expensive. But if you get half of it back, it makes it much more cost effective for your restaurant.â€

Texas Mutual is the leading provider of workers comp insurance in the state. It was created by the Texas Legislature in 1991 when major reforms on workers comp became effective. Its board of directors is composed of individuals from companies it insures as well as those appointed by the governor of Texas.

After nearly a year and a half, Orange County detectives have cracked a case they said involves thousands of dollars in theft from convention-goers and exhibitors at the Rosen Shingle Creek Resort.

Rodney Hyppolite was arrested this week and charged with grand theft in the case. Some of the crimes he’s accused of date back to August 2010.

Police reports show Hyppolite admitted to stealing laptops, smartphones and other electronics while he was working at the International Drive-area hotel.

He’s also charged with theft from a local Lowe’s store. Cops said Hyppolite profited by selling the electronics at a variety of local pawn shopsÂ — mostly Cash America locations. Investigators even matched the suspect’s fingerprints to documents from the pawn shops before getting his confession.

Comments Off on Hospitality Industry Employee Risks: Florida Hotel Employee Arrested For "Grand Theft" Of Laptops And Smartphones Over Past 18 Months

A 34-year-old Columbia Heights man is charged with promoting the prostitution of a 17-year-old girl – after a hotel manager found information about the man’s escort service online. 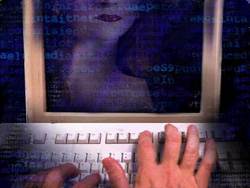 Samuel Cozart was charged Thursday in Ramsey County. According to the complaint, Cozart approached a man in the Days Inn Hotel in Roseville on Tuesday and asked where he could get fake identification for a girl staying with him.

The man happened to be the boyfriend of a hotel employee. So he told the hotel manager, who went online to investigate. The complaint says the manager found information about an escort service it seemed Cozart was running, and went to police.

Cozart’s attorney was in court Thursday and did not immediately return a phone message seeking comment.

The Ritz is just the latest swanky hotel to report finding the blood-suckers in one of its rooms. Guests have previously complained about bedbugs at the Waldorf-Astoria.

Bedbugs have been spotted at the luxury Ritz-Carlton New York, reports The New York Times. A guest reported the pesky discovery to the front desk Sunday, and hotel management subsequently called an exterminator to rid the room of the creepy crawlers.

Guests in rooms next to the infested area, as well as those above and below it, were transferred to other accommodations and hotel workers received bedbug training, reports the Times.

Scott Geraghty, the hotelâ€™s general manager, told the paper the problem had been remedied.

â€œBedbugs are inevitable,â€ Geraghty said. â€œTheyâ€™re brought in by guests and come in on luggage or things of that matter.â€ 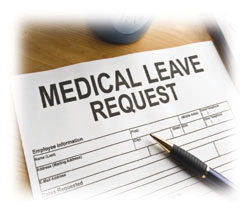 Back in November, the former restaurant manager for the Overton Hotel filed a labor lawsuit, claiming she was fired in violation of the Family and Medical Leave Act. On Wednesday, the management company for the Overton, 1859 Historic Hotels Ltd., responded.

Kerri Wike claims she never had a bad job review prior to taking leave to care for her mother in the summer of last year. She claims that when she came back to work on Sept. 1, she was given the choice to resign or be fired.

The Overton says, “All actions taken by the Defendant were in good faith, were made in conformance with applicable law, were taken based on reasonable grounds for believing that its actions were not in violation of law, and were for legitimate, nonretaliatory reasons.”

Other than denying retaliation, the Overton’s response is not specific as to why Wike was fired.

“…the defendants damaged the hotel by hanging clothes on a fire sprinkler head mounted to the wall…the hanger broke the glass tube component in the sprinkler, which caused it to activate and release enough water to 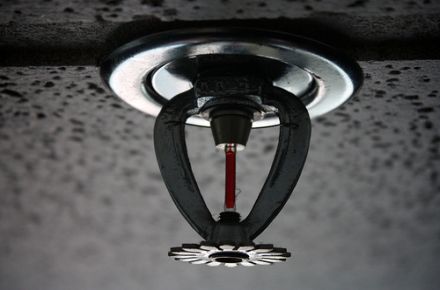 An insurance company is suing over claims irresponsible hotel guests in River Oaks activated a sprinkler system, causing 39 rooms to flood. Lexington Insurance, on behalf of RLJ Development, filed a lawsuit on Monday, Jan. 23 in the Harris County District Court against Al J. Mizrahie, doing business as Belladonna U.S.A., and others, citing negligence.

Carpets, padding, drywall, baseboards, bedding, furniture and fixtures were damaged during the incident, the plaintiff claims.

“…According to the brief, Rodriguez fell, while holding his son, when he slipped on algae growing on a walkway at the hotel…”

A Harris County man is suing over claims he was hurt while staying at a Spring-area extended-stay hotel.
Roy Rodriguez filed a lawsuit on Jan. 20 in Harris County District Court against Sun Suites of Greenâ€™s Point, and others, citing negligence.

Rodriguez says he suffered injuries as a guest at Sun Suites Extended Stay Hotel, located at 12010 Kuykendahl Road in Spring. Rodriguez is seeking damages and court costs. He is being represented in the case by Houston attorney Mehran â€œMikeâ€ Talabi.