The Orange County District Attorney’s Office filed felony fraud charges against 10 attorneys and 6 others Monday in what prosecutors say is a massive workers’ compensation-referral scheme with more than 33,000 patients and an estimated $300 million-plus in insurance payouts received. 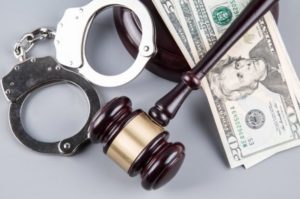 DA Tony Rackauckas said the charges were the start of an investigation by his office and the California Department of Insurance, which scrutinizes the role medical providers played in an alleged fraud ring that targeted mostly Spanish-speaking communities.

“This type of fraud factory drives up the prices of workers’ compensation insurance and drives businesses out of California,” Rackauckas said Monday, June 5.

Prosecutors allege that at the center of the ring were businesses run by Carlos Arguello III, 35, of Tustin and Edgar Gonzalez, 50, of Anaheim.

In 2005, Arguello formed an advertising company, Centro Legal Internacional, which Rackauckas accused of setting up illegal contracts with 20 to 30 attorneys who focused on workers’ compensation and personal injury.

The attorneys allegedly agreed to contract with companies owned by Arguello and Gonzalez, in return for employees, known as cappers, delivering the attorneys a minimum number of clients per month.

Attorneys are allowed to advertise, the district attorney explained, but the use of cappers to directly recruit for lawyers or medical providers is against the law.

Prosecutors allege that the cappers distributed a variety of fliers and business cards in predominantly Hispanic neighborhoods and at swap meets offering “free consultations” for those who believed they had suffered workplace injuries.