the hotel explosion, a hazardous-materials crew and the U.S. Drug Enforcement Administration were called in to investigate the illegal drug-making operation…”

An apparent drug-making operation in a hotel room caused a hotel explosion in San Diego on Wednesday shortly after 11 a.m. The explosion which happened in one of the hotel rooms blew out several windows and three walls, reported San Diegoâ€™s 10News on Jan. 30, 2013.

â€œAn explosion apparently caused by an illicit drug-making process blew out walls and windows at a Midway-area hotel Wednesday and set part of it ablaze, leaving a young man gravely burned and two other people less severely hurt, authorities reported.â€

The hotel explosion occurred in a hotel guest room on the second floor at the three-story Heritage Inn on Channel Way, just south of San Diegoâ€™s Interstate 8.

The man who was gravely injured during the hotel explosion had apparently lit a cigarette while using a butane spray can to try to extract hashish oil from marijuana. The flame from his lighter ignited the chemical fumes and caused them to detonate powerfully. The man who is in his early 20s suffered life-threatening burns.

Hash oil is made by packing finely ground stems and leaves of marijuana plants in a pipe and pouring butane through it. The liquid typically is then cooked on a stove to separate the butane. Hash oil averages about 15 percent THC, the chief intoxicant in marijuana. A drop or two is about as potent as a marijuana cigarette.

many occasions.â€ The two filed a class action lawsuit in Wayne County Circuit Court in November 2011…”

McDonaldâ€™s and one of its franchises agreed to a $700,000 settlement in a lawsuit claiming that it falsely advertised some of its food as halal. Ahmed Ahmed, a Muslim man from Dearborn Heights, alleged that the chicken sandwich he ordered from the McDonaldâ€™s on Ford Road in Dearborn in September 2011 did not meet Islamic dietary standards, despite the franchiseâ€™s advertisements that it sells Halal chicken.

“…as (plaintiff)Â  stepped off the hotel elevator, a large marble tile fell from a wall and onto the childâ€™s head,

chest and leg. Â His bodily injuries were serious, permanent and disabling…”

An Oklahoma woman claims her son was injured at a Galveston hotel and is seeking damages in a suit against the owner. Shawna Martin filed a lawsuit against Neel Shah Hospitality Inc. onÂ Jan. 25 in Galveston County District Court.

According to the suit, Martin and her 8-year-old son were on vacation in Galveston on Jan. 14, 2007, and the boy was injured at theÂ at the Comfort Inn & Suites in the 6300 block of Seawall Boulevard.

â€œAllowing a loose tile which was inadequately secured to the wallâ€¦.. posed an unreasonable risk of harm and the defendant had constructive knowledge of that risk,â€ the original petition says.

The defendant is blamed for:

In addition to permitting aquaculture operations to use drugs that are banned by other countries, and permits the sale of species that other countries don’t, the U.S. only minimally oversees imports. A Johns Hopkins study

shows that the U.S. inspects a miniscule 2 percent of the seafood that comes into the country. By comparison, Japan inspects 18 percent and the European Union inspects 50 percent.

If you’re a fish eater and you keep an eye on the news, you already know that the “red snapper” special at your local restaurant is probably mislabeled. For years, restaurants have been substituting cheaper, more common species like tilapia for the famed red snapper. Last year, however, DNA analyses showed that the problem is more widespread than anyone suspected: In Los Angeles, New York, New Jersey and Connecticut, studies showed that 100 percent of restaurants were serving cheaper fish and mislabeling them as red snapper. Similarly, white tuna, yellowtail, Dover sole and wild-caught salmon were also often substituted for other species.

Most of the time, price gouging is the only harm that comes from such mislabeling. Sometimes, however, the danger might be a bit higher. Recently, the U.S. Pharmacopeial Convention noted that much of the alleged “white tuna” served in sushi restaurants may actually be escolar, also known as “snake mackerel.” A cheap fish that may cause severe food poisoning with, shall we say, explosive results, escolar is banned in some countries.

“…the agreement says that food allergies may constitute a disability under the Americans With Disabilities Act, if they are severe enough. The definition was made possible under 2009 amendments to the disability law

business accounts of Cosmopolitan…in addition to dinner cruises and visits to a strip club, (he) allegedly spent the money on household items at a retail store…”

A former general manager of Cosmopolitan in Allentown allegedly stole $163,601 from the restaurant and spent it on things like dinner cruises and visits to a strip club.

Cosmopolitan opened in October 2010. Fortunato was hired in September 2010 and promoted to general manager about a month later, District Attorney Jim Martin’s office said today in announcing the charges.

Fortunato’s responsibilities included overseeing the daily operations of the restaurant, handling employee payroll, paying bills to suppliers and collecting receipts for the business.

Fortunato also was given check-signing authority for the restaurant’s various bank accounts and ATM/debit card account at Wells Fargo Bank, a Visa card, an American Express account and access to cash receipts at the restaurant, Martin’s office said.

His responsibilities included using any of the accounts, but only for operations of the restaurant, according to the district attorney’s office.

Last June, Cosmopolitan co-owner Myron Haydt was reviewing the restaurant’s financial records and found a series of suspected unauthorized purchases by Fortunato, according to the statement.

on the third floor, pouring water into a guest room and working its way down to the basement. There was â€œsignificant damageâ€ in several parts of the building including two parlors, dining rooms and guest rooms and spaces above and below the rooms…”

The Big Tree Inn, 46 Main St., remains closed after a water pipe burst on Wednesday, flooding several areas of the landmark building and causing significant damage from the third floor to the basement. Big Tree Inn will remain closed through Friday, but Scott is hopeful that at least part of the facility will be able to open some time during the weekend.

Scott estimated repairing the damage will cost $200,000 or more. The restaurant does have insurance.

Facility managers were alerted to a problem by a guest who reported hearing what was believed to be a small leak. An investigation revealed the bigger problem. 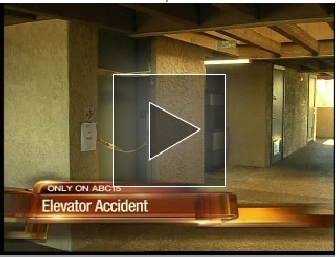 An Alabama resident is suing a local Marriott-owned hotel after allegedly being trapped in an elevator and sustaining injuries during an escape from the broken machinery. Maureen A. King filed a lawsuit against Marriott Hotel Services, Inc., Renaissance Hotel Management Company, LLC, Renaissance Hotel Operating Company, Sodexo, Inc. and John Doe in the Orleans Parish Central District Court.

The defendant is accused of failing to respond to the emergency elevator alarm, pulling petitioner from the elevator and causing her to fall and failing to seek emergency assistance.

A Burger King in Texas has agreed to pay $25,000 to a Pentecostal womanwho wore a skirt to work, court documents state. The payment settles a lawsuit filed in August by the Equal Employment Opportunity Commission (EEOC) against Fries Restaurant Management, LLC, which owns and operates the Burger King in Grand Prairie, Texas. The store allegedly asked a teenage woman to leave work after she arrived in a skirt. The EEOC’s lawsuit against Fries alleged religious discrimination, which is a violation of Title VII of the Civil Right Act of 1964.

In addition, it vowed to hold trainings for managers on federal anti-discrimination laws for the next two years, according to the documents.

McShan was a senior in high school when she came to work at the Burger King wearing a skirt instead of the black pants that are part of Burger King’s uniform.

In August 2010, McShan asked to wear a skirt instead of the restaurant’s uniform pants. Burger King “assured her that she could wear a skirt to work,” the filing says.

An Amarillo hotel is out thousands of dollars after it’s forced to shut off it’s gas while police investigate a crime scene on the property. Saturday, the Holiday Inn near I-40 and Ross had to shut off its gas after its gas main was run over by a woman who stole a van.

Normally, a business might turn to its insurance company for damages like these, but not in this case.

“According to our insurance company there was no liability for them because of the fact that it was a crime scene,” added Muse.Â “It if had been a gas company issue, a faulty main or something, then it would’ve been something we could go to out insurance company for.

Even if the defendant is able to pay, if they serve any time, probation or parole, it could be years before the person they owe sees any of that money.

“So, even if it’s assessed and could be collected, they could pay, it could be a long time before they actually pay it?” NewsChannel Ten asked Sims. “Correct,” he answered. “And, like I said, probation is like an interest free loan.”

“It looks like we’re just going to be eating the loss,” said Muse.

Muse says he’s fortunate his hotel is older and more established, otherwise this blow to the business’ wallet would’ve hurt them a lot worse.

Comments Off on Hospitality Industry Business Risks: Texas Hotel Loses Reservations After Gas Line Damaged By Woman In Stolen Vehicle; Thousands Of Dollars Lost As Property Was A “Crime Scene”