NBC Security Consultant shows how criminals can use hotel staff to break into a hotel room.

Comments Off on Hospitality Industry Security Risks: NBC Security Consultant Demonstrates How Criminals Can Use Hotel Staff To Break Into Hotel Rooms (Video)

“…The water was a bit cloudy; he could make out a figure — pool artwork, he thought — that looked like it had six limbs. He didnâ€™t realize it at the time, but what he saw was the near-drowning victim, laying on a black line on the poolâ€™s bottom…”

“…The childâ€™s father, who had been watching over two younger children, rushed over and started frantically administering CPR while Garry Pate made sure the boyâ€™s head was turned to the side as fluids gushed forth from the boy…”

Justice was recently recognized by DeKalb County CEO Burrell Ellis, the Board of Commissioners and others for his bravery over the summer in getting the 7-year-old out of a hotel pool in Bridgeton, Missouri, near St. Louis. Justice has received medals, police patches, and commendations from DeKalb and Bridgeton.

When Justice arrived at the pool — crowded due to a birthday celebration — he found his brother Makenzie just dangling his feet in the water and his brother Maxwell sitting with his father, Garry Pate, who was in a lounge chair watching a nine-year-old cousin play in the three-feet area of the pool.

Justice got in the water and started practicing for a pool game when he saw â€œa big, grayish objectâ€ – a child slowly floating near the bottom of the pool.

Justice knew something was wrong. He came out of the water and went over to his father. Dad, thereâ€™s a boy on the bottom of the pool, Justice told him.

Thatâ€™s a drawing or painting at the bottom, Garry Pate said. But before he could say another word, his son had left his side.

Pushing off the wall with his legs to gain speed, Justice quickly swam down to the child. He grabbed him, pulled him up, swam to the surface and held the child up over the water.

â€œCall 911!â€ Garry Pate shouted. Nervously, a niece did, helped by other relatives in getting the right address to the dispatcher.

Justice got the child to the wall where his father was standing, and Garry Pate helped get the victim to the pool deck.

Some people on the pool deck stood frozen among the commotion.

The childâ€™s father, who had been watching over two younger children, rushed over and started frantically administering CPR while Garry Pate made sure the boyâ€™s head was turned to the side as fluids gushed forth from the boy.

Comments Off on Hospitality Industry Pool Risks: 7-Year Old Boy Saved From Drowning At A "Crowded" Missouri Hotel Pool; Water Was "Cloudy" And Obscured Most Guests From Seeing Body Floating Near Bottom Of Pool

Â “…aÂ fire protection sprinkler is what prevented the fire from spreading and causing major fire damage.Â  A restoration company is currently at the hotel conducting clean up…”

Fire investigation determined the fire was unintentional and caused by food cooking in a microwave.Â

A fire that could have turned out to be an inferno was kept contained by a protective water sprinkler after a fire broke out at an apartment on Sunday night.

Temple Fire & Rescue responded to a fire at the Candlewood Suites, 1850 Scott Boulevard.

Firefighters arrived at 7:36 p.m. andÂ found smoke in the hallway on the second floor.Â  Upon making entry into one of the rooms, they located the fire which was quickly extinguished. The fire was under control by 8:10 p.m.

Young Workers are the most vulnerable workers. They need to speak up more if they don’t understand safety procedures. Supervisors need to make sure they are working safely. This story takes place in a restaurant kitchen, and is a graphic example of the risks involved with young people not speaking up. It doesn’t hurt to speak up.

Hospitality Inudustry Fire Risks: Georgia Hotel Is "Nearly Destroyed" By Fire That Was Started By "Cigarette That Missed The Outside Ashtray"

“…Â the fire started on the ground level outside the hotel near the ashtray… someone threw a cigarette and missed the ashtray, eventually igniting a bush…the fire then ignited the building, crawled up the wall and into the attic…”

The blaze that nearly destroyed the La Quinta Inn in Warner Robins apparently started outside the building, near an ashtray, fire investigator Danny Williams said Friday.

Ginaline Belcher, the hotelâ€™s manager, said her main concern is making sure the 22 guests who were at the hotel Thursday are taken care of. They paid for the displaced guests to stay at the nearby Candlewood Suites and Hampton Inn, and bought pizza for them Friday.

Belcher called the Salvation Army and Red Cross seeking assistance for the hotel guests whose money was lost in the fire, while other guests braved the Black Friday crowds at local stores to buy necessities.

Comments Off on Hospitality Inudustry Fire Risks: Georgia Hotel Is "Nearly Destroyed" By Fire That Was Started By "Cigarette That Missed The Outside Ashtray"

Hospitality Industry Information Security: Hotel Chain Computer System Hacked By Man Who Threatened To Reveal Confidential Information If He Was Not Hired For IT Position 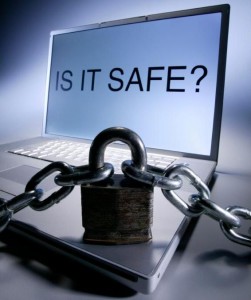 “…Nemeth sent an email to Marriott staff on November 11 last year, informing them that he had been accessing Marriott’s computers for months and had obtained proprietary information… He threatened to reveal the information if Marriott did not give him a job maintaining the company’s computers…”

A Hungarian citizen has pleaded guilty to stealing confidential information from the computers of Marriott International, and threatening to reveal the information if the hotel chain did not offer him a job maintaining the company’s computers, the Department of Justice said.

Attila Nemeth, 26, pleaded guilty in a US court, according to a statement by DOJ. He was detained after he travelled to the states on a ticket purchased by Marriott for a fictitious job interview.

As he had not received a response from Marriott, Nemeth sent another mail on November 13 containing eight attachments, seven of which were documents stored on Marriott’s computers. The documents included financial documentation and other confidential and proprietary information, the DOJ said.

A US Secret Service agent, using the identity of a fictitious employee of Marriott, communicated with Nemeth on November 18, who continued to call and email the undercover agent demanding a job to prevent the public release of the documents, according to the plea agreement. Nemeth emailed a copy of his Hungarian passport as identification and offered to travel to America, according to the DOJ.

Comments Off on Hospitality Industry Information Security: Hotel Chain Computer System Hacked By Man Who Threatened To Reveal Confidential Information If He Was Not Hired For IT Position

“…while she was cleaning she was seen taking a womanâ€™s watch and hide it in the room… she was seen entering the room again and retrieve the watch, conceal it upon her person, and leave the room. It was then the trap

was sprung and she was detained by security, who also took the watch back from her…”

“…officers arrested this 61-year-old cleaner from Los Angeles, and she was charged with burglary. Her bail was set at $50,000…”

On Friday, Nov. 11, at 12:55 p.m. officers of the Santa Monica Police Department went to the Fairmont Hotel, located at 101 Wilshire Boulevard, in order to investigate a report of a suspect who was being held at the hotel by their security chief in regard to some allegations of theft. When the officers arrived at the scene they spoke with the Director of Security who told them the detainee was an employee of the hotel.

He said there had been a number of thefts from the hotel rooms reported, and that the person, who was a cleaner at the Fairmont, had become the prime suspect. On the day prior to the officers being called the hotel, security had prepared a room with several items in order to make the room appear occupied by a guest. They had then placed a hidden camera inside the room.

“…The victim…had been cleaning a room when one of the maintenance workers.. entered the room to help her flip a mattress…he walked up to her and began grabbing her breasts and touching her inappropriately…”
Â

“…Dooley left but then allegedly returned 10 to 15 minutes later and reportedly exposed his genitals to the victim, touching himself…”

A Myrtle Beach man is behind bars after allegedly grabbing a co-worker inappropriately and causing her to be fearful of her safety a couple of weeks ago.

According to a police report, Myrtle Beach Police responded to a hotel in the 2700 block of N. Ocean Highway Saturday afternoon in reference to an assault that had taken place on Nov. 9.
Â
She said she pushed Dooley off of her and told him to stop, and said they would both be fired if anyone saw his behavior. The victim also told police she told him not to touch her like that and told him to leave the room.
Â
Dooley left but then allegedly returned 10 to 15 minutes later and reportedly exposed his genitals to the victim, touching himself.
The victim told police Dooley said things like “I am hanging to be a white boy” and “I love black Oreos” to her and she became afraid of him, scared he was going to attack her.
Â
She then went to the head of housekeeping to tell her about what happened and the incident was reported to the hotel’s general manager. According to the victim, Dooley was then suspended from work.
Sunday, officers arrested Dooley and charged him with assault and battery in the second degree as well as indecent exposure.
Â
For more:Â  http://m.wmbfnews.com/autojuice?targetUrl=http%3a%2f%2fwww.wmbfnews.com%2fstory%2f16091099%2fman-arrested-for-assaulting-exposing-himself-to-hotel-housekeeper

Hospitality Industry Employee Risks: Former Housekeepers File Complaint With EEOC Against California Hotel Claiming They Were Fired After "Complaining About Photos Posted On Bulletin Board"

“…not seeking monetary damages, but that they just want their jobs back with back pay. But, if necessary,..they would file a lawsuit against the hotel…”

The Reyes sisters claim someone posted photos of their faces atop bikini-clad cartoon images on a bulletin board in a hallway in the housekeeping department that is accessible only to employees.

Two former Santa Clara Hyatt Regency workers filed a complaint against the hotel with a federal employment agency Friday claiming that management fired them after they objected to photos of their faces pasted atop bikini-clad cartoon images on a company bulletin board.

The workers, Lorena Reyes, 50, of San Jose, and Martha Reyes, 48, of Milpitas, filed a complaint with the Equal Employment Opportunity Commission against the Santa Clara Hyatt Regency where the sisters worked in the housekeeping department for six years until they were fired in mid-October.

The complaint follows a discord that sparked between the sisters and Hyatt management during “Housekeeping Appreciation Week” in September during which Lorena Reyes, who has worked for the Hyatt for 24 years, and Martha Reyes, who has six years experience at the company, were both being honored.