“… an independent contractor was in the basement of the parking garage building a new restaurant when a welding torch malfunctioned, causing the small fire…”

“…Boston fire say they discovered that some of the exhaust fans were not working and gave the hotel until the end of the day to fix them or risk being shut down. Fire officials also said it appeared a standpipe was leaking and it had to be fixed…”

A major Boston hotel has addressed some safety concerns after they were discovered while crews battled a small parking garage fire on Monday. The fire broke out in Level 1 of the Westin Hotel garage just after 10 a.m. Monday, according to Boston fire. The fire started on a control knob of a 3-foot high acetylene tank, and fire crews doused the tank to keep it cool, according to Boston fire.

Boston fire’s Steve MacDonald said the contractor had the proper permits for the torches, but they will be amended to include a fire watch any time welding is taking place at the site.

Jorgensen said the exhaust fans have been fixed. Water that was believed to be leaking from a standpipe was actually from the fire department’s hoses, Jorgensen said.

â€œ(The hotel) industry in particular has a tradition of using staffing companies and other staffing arrangements to provide workers, and I think that industry tradition has provided problems for some hotel companies,â€ 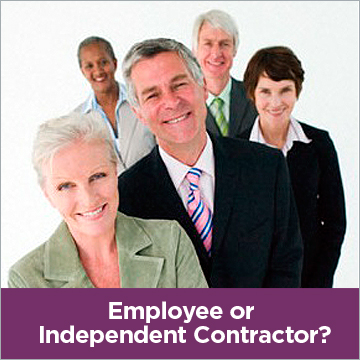 “Hotel companies need to be ahead of the law…do a self-audit â€¦ If youâ€™re not compliant, you can take remedial measures to avoid fines from the Department of Labor.â€

As the U.S. Department of Labor under the Obama administration is cracking down harder on violations, staying informed about employee misclassification is crucial for hotel operators if they want to avoid costly fines, according to employment attorneys.

Because employment laws often can be complicated, Feldstein suggests employers classify employees themselves by applying the â€œRight-to-Controlâ€ test.

The Right-to-Control test compares the ends versus the means in producing the work the employee was hired to do. If the employer is concerned with only the end result, the employee should be classified an independent contractor.

However, if the employer controls the means and methods of the project in addition to establishing the routine and schedule, it is likely the worker should be classified an employee.

â€œThere are HR organizations such as (the Society for Human Resource Management) that conduct training and research and guidance on this law and others, which can be helpful,â€ he said.

Applying the law to a specific set of facts to determine whether or not that individual should be classified as an employee or independent contractor might require the help of an actual practicing attorney, Chapman said.

Comments Off on Hospitality Industry Employment Risks: Hotel Management Must Perform Regular "Self-Audits" To Determine If Company Is Properly Classifying Workers As Employees Or Independent Contractors

“…Hotels and motels are increasingly used by meth-makers because the chemicals used – which can include lighter fuel, lye, lithium, and acetone, among other dangerous substances – seep into fabrics, furniture, and

floors, according the Department of Justice website…”Â

“You basically destroy someone’s hotel room, and then you leave.”

At least 300 guests were evacuated from the Hampton Inn at 1301 Race St. about 5:30 a.m. as first Philadelphia firefighters, then the Police Department’s homeland security and terrorism unit arrived to handle the volatile chemicals left behind by a would-be meth-maker.

Investigators discovered in a third-floor room the chemicals and materials used in the “one-pot” or “shake-and-bake” method of producing the dangerous, highly addictive stimulant.

The procedure can result in toxic fumes and explosions, leave behind a dangerous trail of chemicals, and render the room uninhabitable.

A lawsuit claims a Mississippi casino served so much alcohol to a man taking powerful prescription painkillers that he died on the floor of his hotel bathroom.Â The lawsuit against IP Casino Resort and Spa in Biloxi was filed Wednesday in U.S. District Court in Gulfport. It seeks damages of $75 million.

The suit says Glenn died in his hotel room. He’d taken prescribed painkillers including Percocet, morphine and Xanax, as well as antipsychotic medications in the three weeks before his death, the lawsuit says. He was being treated for physical injuries as well as psychosis and hallucinations. Glenn had suffered a traumatic brain injury in a 2004 four-wheeler accident, then suffered back injuries in a 2007 car wreck.

Comments Off on Hospitality Industry Alcohol Risks: Mississippi Casino Resort And Spa Sued For $75 Million By Family Of Man Who Died After Consuming "Free Drinks"

Two armed men are on the run after police say they pulled of a hotel heist.

Security cameras captured every moment of the robbery at the Howard Johnson hotel on 50th Street in Tampa.

The footage shows the men make their way from the back of the hotel to the front office, where they force the clerk to empty the cash register at gunpoint. The suspects even take the handsets off the phones to keep the clerk from calling for help.

Both men were smart enough to cover their faces while they pulled off the crime, but one of them waited to mask up until after he scoped out the hotel lobby. That footage is giving police at least one clear shot of one of the men.
Read more: http://www.abcactionnews.com/dpp/news/region_tampa/security-footage-shows-armed-robbery-of-tampa-howard-johnsons-hojo#ixzz21pbvMAwY

“…The 10-count lawsuit, which seeks more than $500,000 in compensation for Duskeyâ€™s wrongful death, names Hilton Worldwide, the Palmer House Hilton, Surreal Chicago and Adrenaline Y2K as the party hosts…Megan

The parents of a former Crete woman who fell to her death at a â€œHaunted Hotel Ballâ€ at the Palmer House Hilton in Chicago in 2010 are suing the hotel and the event hosts. James and Deborah Duskey claim in a lawsuit filed Tuesday in Cook County Circuit Court that the death of their daughter Megan at the Halloween-themed ball was due to the negligence of the hotel and the event companies who hosted the party.

The lawsuit claims the hotel and event hosts allowed people at the ball to â€œconsume unlimited amounts of alcoholic beveragesâ€ after they paid for a ticket and failed to provide security to protect the patrons of the ball.

“…(hotel Â is accused) of negligence for allegedly failing to keep the hotel lobby floor clean and dry. He says he has suffered — and will continue to suffer — physical and mental pain and anguish. Cattani is asking for an

A Collinsville man claims the “carelessness” of owners and managers of a local hotel led him to slip and fall in the lobby. Bobby Cattani filed a lawsuit July 10 in Madison County Circuit Court against Lodging Hospitality Management, doing business as Doubletree Hotel. Hotel owner, Colhot LLC, is also named as a defendant.

Just after 11 p.m. on Aug. 2, 2010, Cattani says he slipped and fell on a “liquid substance that had accumulated on the floor” of the Doubletree Hotel on Eastport Plaza Drive. He says he severely and permanently injured numerous parts of his body along with his nervous system.

The systemâ€™s vulnerability arises, Brocious says, from the fact that every lockâ€™s memory is entirely exposed to whatever device attempts to read it through that port. Though each lock has a cryptographic key thatâ€™s

required to trigger its â€œopenâ€ mechanism, that string of data is also stored in the lockâ€™s memory, like a spare key hidden under the welcome mat.

At the Black Hat security conference Tuesday evening, a Mozilla software developer and 24-year old security researcher named Cody Brocious plans to present a pair of vulnerabilities heâ€™s discovered in hotel room locks from the manufacturer Onity, whose devices are installed on the doors of between four and five million hotel rooms around the world according to the companyâ€™s figures. Using an open-source hardware gadget Brocious built for less than $50, he can insert a plug into that DC port and sometimes, albeit unreliably, open the lock in a matter of seconds. â€œI plug it in, power it up, and the lock opens,â€ he says simply.

The ability to access the devicesâ€™ memory is just one of the two vulnerabilities Brocious says he found in Onityâ€™s locks. He says the company also uses a weak encryption scheme that allows him to derive the â€œsite codeâ€â€“a unique numerical key for every facilityâ€“from two cards encoded one after another for the same room. By reading the encrypted data off of two cards and testing thousands of potential site codes against both cards until the decoded data displays a predictable interval between the two, he can find the site code and use it to create more card keys with a magnetizing device. But given that he can only create more cards for the same room as the two keys heâ€™s been issued, that security flaw represents a fairly low risk compared with the ability to open any door arbitrarily.

Alleging that they were the victims of discrimination, Ryan, the grandson of Holocaust survivors, and 17 other individuals later filed suit against Adaya and the hotel under California’s Unruh Civil Rights Act, which says no

business establishment may discriminate on the basis of sex, race, color or religion. In addition to Adaya, the suit names Indus Investments Inc., the corporate owner and operator of the hotel.

Ari Ryan and other young leaders of the Friends of the IsraelÂ Defense Forces gathered on the afternoon of July 11, 2010, at the Hotel Shangri-La in Santa Monica for a charitable event. Soon after the party got underway around the hotel’s pool, apologetic hotel staff and security guards began telling group members to remove their literature and banners, to get out of the pool and hot tub, and to stop handing out T-shirts, according to Ryan and court documents.

The employees were acting on the orders of hotel owner Tehmina Adaya, according to the statements of witnesses and hotel employees in court documents. Adaya is a Muslim woman of Pakistani descent.

In court documents, Adaya said the July event had not been scheduled with the hotel and that the participants were trespassing on hotel property. Philip E. Black, an attorney for Adaya, declined to comment.

A jury trial is slated to begin Monday in Santa Monica Superior Court. The plaintiffs are seeking more than $1 million in damages.

According to the lawsuit, the charitable event was for the Legacy Program, a branch of the Friends of the Israel Defense Forces that raises funds to send children of fallen Israeli soldiers to summer camp. The party was planned by Platinum Events, a marketing firm that had organized other gatherings at the Shangri-La after the property underwent a $30-million renovation and reopened in mid-2009, the complaint said.

Equally illegal: Jumping the gun by firing employees before they Â­actually fill out the workersâ€™ compensation paperwork. Employees are also protected when they inform a supervisor that they may be filing a claim soon.

Recent case: Shannon worked as a property manager for M&M Properties for just three weeks. While cleaning a hotel room as part of his training, Shannon said he injured himself. He reported the incident to his supervisor and said he wanted to check with his doctor before filing a workersâ€™ compensation claim in case he had merely pulled a muscle.

Meanwhile, the company issued a disciplinary warning, outlining problems encountered during Shannonâ€™s training, such as tardiness and lack of communication. He was fired a few days later.

He went ahead with filing the workersâ€™ comp claimâ€”and then followed up with a REDA lawsuit.Â The company argued that because Shannon hadnâ€™t filed a claim before he was terminated, he couldnâ€™t argue retaliation.

The court disagreed. Otherwise, employers would be able to fire employeesâ€”and dodge liabilityâ€”as soon as they got hurt. (Fatta v. M&M Properties ManÂ­Â­agement, No. COA11-1397, Court of Appeals of North CaroÂ­Â­lina, 2012)