“Right after that we got another call from another hotel saying the exact same thing,” said Ofcr. Darrin Snapp with KCPD. “A lady was in a public restroom and she was actually washing her hands, looked up and there was a

gentleman standing over the stall with a camera phone appearing to take pictures of her.”

“If you stay somewhere with a big name like that you think there is security and safeguards and people aren’t walking through their front door getting inside of the hotel,”

A man is behind bars for invading the privacy of two women at Kansas City hotels. Police say the man was taking pictures of women as they tried to use the restroom. One incident happened at the downtown Mariott and the other happened at the Crowne Plaza Hotel.

Officers were first called to the Marriott after a woman saw a man standing on a toilet and looking over the bathroom stall.

Hospitality Industry Security Risks: Hotels Are Targeted By Terrorists For "Worldwide Attention"; Housekeepers Should Be Trained To "Report Suspicious Activity"

“…Terrorists are increasingly targeting hotels because of the worldwide attention such attacks receive…so itâ€™s important to have a plan in place. Marriott, for one, uses a multi-point crisis management program that is reviewed semiannually…”

Preparedness should extend beyond a companyâ€™s executives, said Tom Whitlatch of Hospitality Risk Controls. Housekeepers, those employees who spend a considerable amount of time in hotel hallways and guestrooms, need to be trained to keep an eye out for suspicious behavior.

Housekeepers, he said, should not be afraid to challenge people they see in hallways to show room keys. â€œWe have to train them and get them to understand itâ€™s OK to do that,â€ Whitlatch said.

Further, housekeepers need to keep their eyes open for suspicious activity in guestrooms, too, Durham said.

â€œItâ€™s the housekeeper who might go into the room who might notice something unusual about a piece of equipment or luggage sitting on the bed,â€ she said.

Comments Off on Hospitality Industry Security Risks: Hotels Are Targeted By Terrorists For "Worldwide Attention"; Housekeepers Should Be Trained To "Report Suspicious Activity"

“…A housekeeper saw a man with a metal tool in his hand get out of a Chevy Malibu and peer into the window of a car in the lot. The employee recognized it as the same car involved in a break-in the prior week…”

An observant hotel maid helped nab people believed to be responsible for thefts in a number of communities. According to the Wauwatosa police report:

The vehicle also matched the description of a car seen driving away from a retail theft at Advanced Auto Parts on 121st Street and Capitol Drive in July. The stolen auto parts were found still in the trunk.

Menomonee Falls, Germantown and Greenfield police believe the duo also is responsible for thefts in their communities.

“…(the suit) would include individuals who received electronically printed receipts for transactions at Marjac Suites after June 30, 2008, and whose receipts bore the expiration date of their credit or debit card…”

A willful violation of the statute, the Fair and Accurate Credit Transactions Act, can trigger damages of $100 to $1,000 per transaction, along with attorneys’ fees and costs.

A Virginia Beach hotel broke a privacy-protection law by including restricted information on a credit-card receipt, a hotel guest alleges in a suit filed in federal court in Norfolk.

The plaintiff, James T. Buechler of Baltimore County, Md., contends that Marjac Suites on Atlantic Avenue and its owner, Burlage Hotel Associates, violated a federal statute in January by printing Buechler’s card-expiration date on his receipt at checkout.

Buechler is seeking damages “on behalf of himself and the thousands of other consumers placed at risk by defendant’s unlawful practice,” according to the suit, filed Aug. 10.

Buechler is asking the court to certify his suit as a class action. Members of the proposed class would include individuals who received electronically printed receipts for transactions at Marjac Suites after June 30, 2008, and whose receipts bore the expiration date of their credit or debit card.

like sauna and spa hotel, etc. Incorporated with silicone and RFID tag, this heat-resistant RFID bracelet tag can be used in the sauna as admissions, payment and security…”

This waterproof RFID bracelet is perfectly used in high temperature environment, since it can survive in the extreme temperature from -30 Celsius degree to +60 Celsius degree while still maintaining high identification accuracy. With this heat-resistant contactless bracelet worn on wrist, the guests of the sauna can get in or out of the place freely and pay the fee without cash or credit card. Thus, it can guarantee the safety of the guests.

Comments Off on Hospitality Industry Spa Safety: Hotel Spas And Saunas Usage Can Be Monitored And Regulated With New Heat-Resistant, Waterproof RFID Bracelets

Americans rank cleanliness (43%) over security (11%) as the most important factor in selecting a hotel, according to a survey conducted on behalf of the Chubb Group of Insurance Companies.

â€œTravelers should take safety precautions more seriously, and travel security should be higher on their checklist than cleanliness,â€ said Jim Villa, a senior vice president and North American manager for Chubbâ€™s Accident & Health business. â€œIt seems that more people are concerned about housekeeping than security.â€

In other survey findings regarding the 9/11 anniversary:

Comments Off on Hospitality Industry Safety Concerns: Survey Ranks Hotel's "Cleanliness" Over "Security" As Most Important Factor In Making Reservation 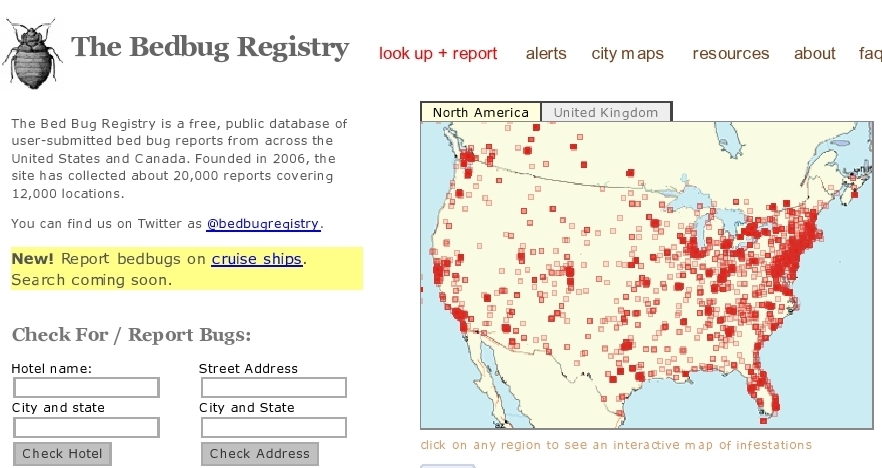 *80% of pest professionals have treated bedbugs in hotels/motels, compared with 67% in 2010

“..Â Senate Bill 432.. would create “new occupational safety and health standards for all hotels, motels and other similar transient lodging establishments in California…”

Â “A 2009 report in the American Journal of Industrial Medicine found that housekeepers have higher (7.87 per 100) injury rates than other hotel workers…”

The California Hotel & Lodging Association pointed out that the medical study didn’t even mention fitted sheets as culprit in the injuries. And it charged it would cost up to $50 million to replace the regular sheets with fitted sheets. Mr. Hayes said the high number is “a bunch of nonsense” and that Sen. De Leon and other legislators are working on the bill to “find a way to implement it without added costs,” within the hotels’ economic structure.

He said the major hotels are in favor of working for a compromise bill. But the association remains adamant against any bill. And he said that, as only about 10 percent of housekeepers are unionized, including the sheet rules in future contracts wouldn’t help much.

Comments Off on Hospitality Industry Employee Risks: Hotel And Lodging Groups Remain Opposed To Pending California Legislation "Mandating The Use Of Fitted Sheets"

“We got an anonymous tip because there was so much news coverage…That really was the turning point. The news coverage led people to call us and say, ‘Hey, I’ve seen this, and this is where I’ve seen it.’

“…High-tech specialists are scouring hotel security video, and authorities may release a sketch or stills of the suspects later this week or next week…”

Owners of the drawing, known as “The Judgment,” verified just after midnight that the recovered 11 X 16 inch pen-and-ink artwork was indeed the original that had vanished from an exhibit on Saturday night, said Steve Whitmore, spokesman for the Los Angeles County Police Department.

An anonymous tip led investigators to the church around 7 p.m. on Monday. Experts from the Linearis Institute, which owns the drawing, later verified its authenticity, he said.

There are no suspects in custody, and authorities are not commenting on how the drawing — valued at $250,000 — ended up at the church on Ventura Boulevard in the city about 25 miles from Los Angeles. They also are not confirming the name of the church.

The drawing was in “a building on the church grounds, not in the sanctuary,” Whitmore said. It wasn’t hanging on a wall or otherwise displayed, he said.

“…The report said the largest share of cyber attacks â€” 38% â€” were aimed at hotels, resorts and tour companies…”

“…Â large hotel chains are most vulnerable because hotel management companies may not be able to monitor how data is collected and stored at dozens or even hundreds of properties throughout the world. Independent contractors who work for individual hotels can also open the door to hackers and computer viruses…”

AÂ business traveler who books hotel rooms via the Internet, may be at higher risk of being victimized by computer hackers and identity thieves.

Insurance claims for data theft worldwide jumped 56% last year, with a bigger number of those attacks targeting the hospitality industry, according to a new report by Willis Group Holdings, a British insurance firm.

Comments Off on Hospitality Industry Information Security: Hotels And Resorts Are Targeted For Cyber Attacks Because Of Faulty "Data Collection Practices"