The numbers paint a rosy picture for developers and owners who want to dip their toes in the boutique, lifestyle, and soft brand segments. Collectively, these arenas are an $11.5 billion industry and growing, according to a report by The Highland Group.

Demand has increased for boutique, lifestyle, and soft brand hotels over the past six years, clearly since the recession, says Kim Bardoul, a consultant with the Atlanta-based hotel consultancy group and co-author of the 2015 report. For example, with lifestyle properties 300 rooms and under, demand grew at an annual average pace of nearly 20 percent from 2009 through 2014â€”far above the rate of overall U.S. hotel demand growth of 4.2 percent, the report shows.

â€œThe independent boutique has remained steady in growth, but the soft brand and lifestyle segments have clearly grown stronger in the past two years,â€ Bardoul says. â€œI really expect that to grow, because of the awareness the brands have brought to the industry.â€

During the same six-year period, supply for lifestyle hotels and soft brands, which are newer products to the market compared to the more established boutique segment, grew at a compound annual average rate of 11.5 and 17.8 percent, respectively. Meanwhile, compound boutique hotel supply grew 3.1 percentâ€”over three times the rate for the U.S. hotel industry overall. Compound demand change for the boutique segment was 6.7 percent, compared to a 4.2 percent increase for all U.S. hotels.

To compile the report, The Highland Group pored through STR hotel census data and qualified hotels into these three segments (see chart). Bardoul says they classified boutique hotels as unique in style, small, and either independent or affiliated with small systems (think Delano by Morgans Hotel Group or Thompson by Commune Hotels & Resorts). Of those boutique properties, 21 percent have less than 60 rooms and 17 percent have 160 to 300, and they range in design and building type. Boutiques have a strong representation in California, New York, and Miami, but appear in at least 46 states, she adds.

â€œBoutique is a popular but loosely used term, and most people associate it with small,â€ she says. â€œMost definitions you pull up use the word â€˜small,â€™ but they also use the words â€˜unique,â€™ â€˜highly specialized,â€™ â€˜niche,â€™ and â€˜elite.â€™ We used that criteria similarly to distinguish between your typical independent hotel, which is very limited in service or amenities without a specific design, from all the others.â€

In response to changing traveler tastes and adapting interests of their development communities, the chains have responded by introducing lifestyle and soft brands. The report describes lifestyle brands as prescribed franchise products that are adapted to current trends (e.g., AC and Moxy by Marriott, Canopy by Hilton, Hyatt Centric). Soft brands like Ascend by Choice, Autograph by Marriott, Curio by Hilton, and Tribute by Starwood give hotel owners and operators the opportunity to affiliate with a major chain distribution system while retaining the unique name and properties of an otherwise independent hotel.

â€œDevelopers and owners are seeing increased interest in what Iâ€™m calling the â€˜nowâ€™ traveler, and thereâ€™s an opportunity to capitalize on that with little risk, especially if you go through a brand,â€ Bardoul says.

â€œI see folks around me in the hotel industry, and theyâ€™re bouncing between jobs.â€¦ When we are bringing on this staff, itâ€™s important to show them there is this upward mobility 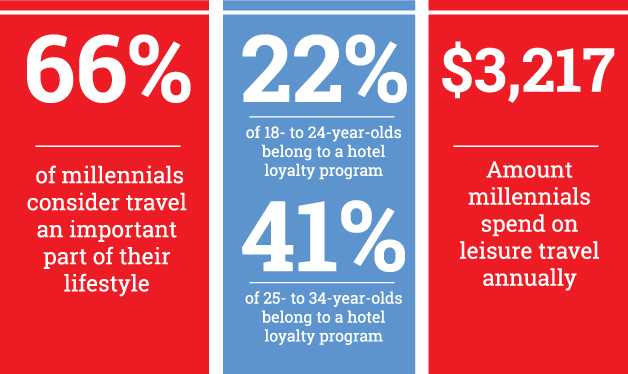 and there is a reason you should be here for more than two years,â€ he said. â€œI think thatâ€™s important and maybe this whole jumping around between jobs is getting a bad rap about loyalty.â€

Front-desk associate or freestyle rapper? The two need not be mutually exclusiveâ€”particularly as operators seek â€œrock starsâ€ to provide a more authentic level of service to guests who increasingly want that real experience.

Who better to know about what millennial guests, in particular, want than hoteliers who belong to that generation?

â€œI always harp on with my corporate staff, I want people at the front desk who have a rock-star personality,â€ said Ravi Patel, the 29-year-old president of Hawkeye Hotels.

He has just that in Del, a front-desk associate at one of Hawkeyeâ€™s hotels who dabbles in freestyle rap on his off days. Working alongside Del is another double-duty performer who spends part of his time as a bartender.

â€œThese guys know exactly what it is to be really engaged with your audience,â€ Patel said. â€œSo now whenever I see the surveys come in from that hotel, it literally names off, â€˜Oh yeah, I talked to Del, and he told me what he does in Des Moines.â€™ Itâ€™s really capturing a different kind of associate as well and getting them to work for you.â€

“At the moment, the complications might be magnified for multi-brand, multi-property operators piloting more than one keyless system from more 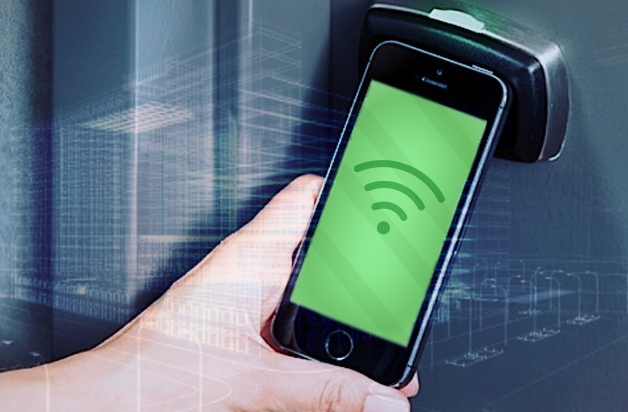 than one brand/vendor, but sources said that this somewhat disjointed approach may actually be preferable to a universal solution; at least until keyless tech is a little further along in its development cycle.”

As hotel companies across the industry begin to embrace keyless entry technology, they will also need to work out the challenges that go hand in hand with such integration.

In the meantime, Hilton is pilot testing its own mobile-enabled room key technology at 10 U.S. properties. By yearâ€™s end, the company expects to offer the digital amenity at all U.S. properties of four brands: Conrad Hotels & Resorts, Hilton Hotels & Resorts, Waldorf Astoria Hotels & Resorts and Canopy by Hilton. Looking ahead to 2016, Hilton will then deploy the technology at scale across 11 brands globally. Similar to the SPG Keyless solution, Hiltonâ€™s keyless entry platform is driven by the companyâ€™s branded mobile app. Hilton hopes the keyless system will drive usage of the app, which hoteliers can then use to drive incremental revenue through mobile devices. Itâ€™s a potentially major revenue source to sway hoteliers who might still be on the fence.

“InterContinental Hotels Group, for example, last year used Ghostery to discover the source of unauthorized digital vendors that were collecting data on some of the hotel companyâ€™s web pages,

As brands invest in marketing technologies that make it easier to engage with consumers online, their concerns about digital security are growing.

Companies have encrypted web pages that are designed to prevent third parties from accessing customer data entered online. ButÂ many of these sites still haveÂ marketing technology that isnâ€™t secure and that could expose a brand to potential data breaches, according to new research from privacy tech firm Ghostery.

Ghostery examined 50 encrypted websites in the airline, financial services, insurance, news and retail industries using data collected from its panel of 20 million consumers. According to Ghostery, 96% of the web pages studied that were supposed to be secure had a security blind spot due to the presence of non-secure code.