Hospitality Industry Technology Update: “How to Prepare Your Hotel for Smart Payment Systems”

becoming another methodÂ of user authentication…Actual credit card data is exchanged only within the bank and payment network, not directly tied to the customerâ€™s interaction with the merchant, removing the merchant from handling that data.

By the end of this year, itâ€™s estimated that 70 percent of all credit cards and 40 percent of all debit cards (about 1.1 billion in total) worldwide will be EMV capable. This payment system, also known as chip and pin, adds dynamic data to the transaction stream that renders replay of payment transactions impossible. And since every card contains its own microprocessor chip, EMV (which stands for Europay, MasterCard, and Visa) cards are nearly impossible to counterfeit.

Thereâ€™s no need for the card to leave the customerâ€™s sight, and thereâ€™s no swiping. The credit card number isnâ€™t exposed on a screen. Though not entirely fail-safe, the technology is a global standard and makes transactions hundreds of times more secure. In Europe, which has had EMV for years, reports indicate that card fraud has fallen as much as 60 percent over the last decade, whereas here in the United States, itâ€™s increased about 50 percent over that same time period.

Comments Off on Hospitality Industry Technology Update: “How to Prepare Your Hotel for Smart Payment Systems”

While hoteliers can take strong steps to reduce employee theft, eliminating it entirely is likely an impossibility. 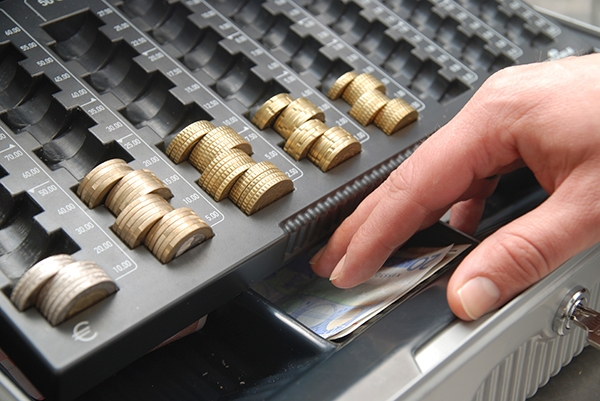 The best loss prevention involves good procedures for hiring, training and supervision of employees. And by following a few best practices, employers can limit the potential liability for claims related to employee theft situations and diminish the potential for the insult of an expensive lawsuit on top of the injury of employee theft.

The problem of employee theft in hotels is an age-old problem. Businesses lose billion of dollars each year in employee theft. And hotels, by nature, present numerous opportunities for employee theft from guests and the house. Theft in a hotel can take many forms â€“ from identity theft to credit card fraud to theft of merchandise and guest property. No employer hires an employee thinking that the employee is someday going to steal. Hotels need to take steps to prevent theft and be cautious in taking action against an employee after a suspected theft. Both have practice and legal implications.

Prevention in All Forms

Take a thorough look at your hotelâ€™s security measures and processes. Ensure that your guest room locking systems and room safes meet general industry standards. Review, implement or update employee policies related to 1) package passes to control removal of property from the hotel, 2) lost and found procedures, which should be strictly enforced and 3) guest room access by employees. Consider an audit by a security expert to review your security procedures and protocols – in action.

“…In asking for a lengthy prison sentence, prosecutors noted that Suryanâ€™s operation not only enriched him, but also helped thieves and burglars profit from the information they stole.Â  Suryan ‘served as a lynchpin of identity theft activity in Snohomish County in the latter half of 2012;

the forgery service provided by the defendant helped incentivize countless break-ins of mailboxes,Â homes, and vehicles by criminals searching for victim data…”

The man who forged multiple ID documents and financial documents for mail thieves in Snohomish County was sentenced today in U.S. District Court in Seattle to 65 months in prison, five years of supervised release and $59,177 in restitution, announced U.S. Attorney Jenny A. Durkan.Â  MICHAEL JOHN SURYAN, 54, formerly of Everett, Washington was arrested in January 2013, in a Shoreline, Washington motel where he had set up a mobile identity manufacturing operation.

The Bethlehem Police Department raided the Golden Town Buffet Monday morning in connection with an identity theft investigation.Â  The restaurant is located at 385 Route 9W in Glenmont.

According to the department, customers credit card and debit card information was compromised after they ate at the restaurant sometime between June 14th and August 5th.Â  Bethlehem Police are asking anyone who used their card at the restaurant during that time frame to check their bank statements and immediately report any fraudulent transactions to their respective bank and local law enforcement agency as soon as possible.

Li was arraigned in the Town of Bethlehem Justice Court on Monday evening and remanded to the Albany County Jail without bail.Â  He is due back in court on Thursday.

“…(the ring leader) organized the scheme by paying the defendants, who were employees at the various establishments, to skim credit card information of paying customers using a small credit card reader provided to them by Woods and Washington. The employees swiped

approximately 175 cards through the readers, enabling Woods to reproduce counterfeit credit cards and allowing Woods, Washington and Alex Houston to rack up thousands of dollars in charges…”

Madigan said financial institutions with accounts that were compromised in the scheme include Chase, U.S. Bank, Citibank, Harris Bank, American Express, Bank of America and Fifth Third Bank. The banks assisted in the investigation and notified victims to secure their personal information.

Madigan said identity theft is a significant threat to Illinois consumers. Last year, more than 2,500 identity theft complaints were filed with her officeâ€™s Consumer Fraud Bureau. Consumers reported incidents of fraudulent charges on their existing accounts, thieves opening new accounts in their names (including credit card, utility and cell phone accounts) and instances of bank fraud, such as stolen checks or fraudulent withdrawals made to a victimâ€™s bank account.

“…the hotel manager called the police toÂ report suspicious men who had booked a room. As he was talking to officers, the

suspects ran out a back door of the hotel and left in a vehicle…the manager called backÂ to report that his staff found â€œsuspicious computer equipmentâ€ and documents strewn about a room they had been scheduled to clean. Detectives served a search warrant on the room…three suspects returned to the hotel that night to get the items they left in the room and were arrested…”

Mukilteo police arrested three men on Thursday in connection with an identity-theft ring after hotel cleaning staff found a room full of forged IDs and the equipment to manufacture them. The room at the hotel in the 8500 block of the Mukilteo Speedway was filled with computers, printers, mail and paperwork that didnâ€™t belong to anyone registered for the room, said Cheol Kang, spokesperson for the Mukilteo Police Department.

A search warrant also recovered numerous ID cards with different names but the same photo of one of the men, as well as a printer with pages of blank check paper.

“These labs tend to be mobile…they go from hotel to hotel…the room contained a computer, two laptops, laminating paper, card stock, check stock and a hot laminator machine along with identification, checks and

bags of mail that had been stolen. Also seized were more than 100 licenses and other IDs, roughly 20 hard drives and numerous other media storage devices, such as thumb drives and memory chips.

Police and U.S. Secret Service agents believe they have taken down a major identity theft and forgery ring involving at least a dozen suspects and more than 100 victims. The number of victims could grow as experts analyze computer hard drives and video surveillance footage from businesses where the suspects tried to get money. As of Friday evening, authorities estimated more than $45,000 had been stolen, but said that amount is likely to grow.

Evidence is being examined at the Secret Service’s Electronic Crimes Task Force lab in Seattle. Many of the victims — both individuals and businesses — are from Everett, but the center for the operation was traced to a hotel room in Shoreline.

That’s where police and the Secret Service found what amounted to a ID-theft factory Thursday.

“…(suspect) allegedly rented a room at the Montage by using a stolen credit card. The fraud went undiscovered for two days while Larson accrued a $2,134 tab, but he disappeared from the resort prior to the arrival of

An admitted identity thief, apparently expert at stealing credit card account information over open wi-fi networks, was arrested last week after skipping out on a $2,134 bill at Montage Laguna Beach, police said. Police tracked Harold Eric Larson, 37, to his hometown of Orange and arrested him on Thursday, Dec. 27, on several theft related charges, Capt. Jason Kravetz said in a statement. He is accused of using stolen credit card numbers to rent hotel rooms to for himself and friends in Laguna Beach, Newport Beach and Costa Mesa, Kravetz said.

Larson was previously arrested by Laguna police last April on 23 felony counts of fraud and theft after he was caught using stolen credit card information to rent hotel rooms.Â  He pled guilty to the charges and was sentenced to three years probation, one year in jail and restitution.

customer notified police and an investigation led to his arrest…”

Â A 19-year-old who worked at a hotel in Medford is facing 65 credit card theft charges. He worked at the AmericInn until late last year, and was accused of using the card numbers that hotel guests had put on-file to cover room-expenses.Â Nicholas Johnson is facing 59 counts of identity theft, and six counts of fraudulently using a credit card for more than $10,000. He’ll be back in court on August 14th.

Police began looking for things in common among several reports of fake credit card charges. They focused on Johnson when several of the card-holders who’d been ripped off had stayed at the same hotel. Johnson hasn’t worked there since late last year.

“…Investigators say when the officers entered the hotel room, there were stolen credit cards, computers, cameras, scanner and other items in plain sight…the group had been making fake identification and checks. They

had also made Social Security cards and drivers licenses. Police say that many of the victims are businesses…”

Irondale Police say they have arrested and charged three people with multiple counts of identity theft after a hotel called them to evict a group of non-paying customers.

The incident happened Saturday when employees with America’s Family Inn called to ask the police’s help to remove a group of people who hadn’t paid their hotel bill for several days.