The FBI and the BJA set up a joint regional intelligence center, a hotline, and published a Release with some tips specifically for hotels and motels:

Discovery of unusual items in guest rooms or facility dumpsters:

Comments Off on Hospitality Industry Terrorism Risks: FBI And Bureau Of Justice Assistance (BJA) Release List Of "Suspicious Activities" Hotels Should Be Aware Of

“…Starting today, the welcome screens on 1.2 million hotel television sets in Marriott, Hilton, Sheraton, Holiday Inn and other hotels in the USA will show a short public service announcement from DHS (Department of 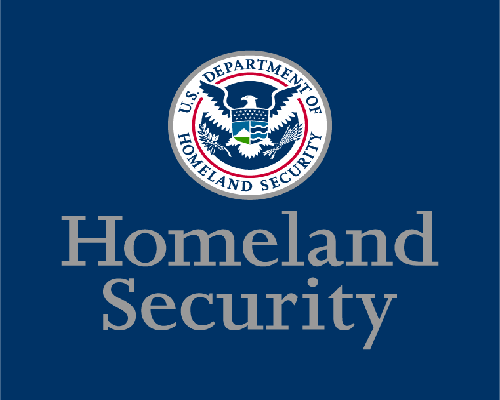 Homeland Security). The 15-second spot encourages viewers to be vigilant and call law enforcement if they witness something suspicious during their travels…”

The PSA, which will be interspersed with other messages on the welcome screen, will be the same in all 5,400 hotels that LodgeNet serves. It ends by telling viewers to contact “local authorities.”

Homeland Security Secretary Janet Napolitano says that reaching the “millions of guests that stay at hotels and motels each year is a significant step in engaging the full range of partners in our Homeland Security efforts.”

By entering hotels at a time when the hospitality industry is on the rebound, the government has the power to tap a growing, captive audience. Recent research from LodgeNet says 98% of hotel guests turn on their hotel TV, and the average guest keeps it on for more than three hours per day.

Comments Off on Hospitality Industry Security Risks: Department Of Homeland Security (DHS) To Present 15-Second TV Announcement On In-Room Hotel Channels Urging Guests To Be "Vigilant" In Fight Against Terrorism

Hospitality Industry Security Risks: Hotels Are Targeted By Terrorists For "Worldwide Attention"; Housekeepers Should Be Trained To "Report Suspicious Activity"

“…Terrorists are increasingly targeting hotels because of the worldwide attention such attacks receive…so itâ€™s important to have a plan in place. Marriott, for one, uses a multi-point crisis management program that is reviewed semiannually…”

Preparedness should extend beyond a companyâ€™s executives, said Tom Whitlatch of Hospitality Risk Controls. Housekeepers, those employees who spend a considerable amount of time in hotel hallways and guestrooms, need to be trained to keep an eye out for suspicious behavior.

Housekeepers, he said, should not be afraid to challenge people they see in hallways to show room keys. â€œWe have to train them and get them to understand itâ€™s OK to do that,â€ Whitlatch said.

Further, housekeepers need to keep their eyes open for suspicious activity in guestrooms, too, Durham said.

â€œItâ€™s the housekeeper who might go into the room who might notice something unusual about a piece of equipment or luggage sitting on the bed,â€ she said.

Comments Off on Hospitality Industry Security Risks: Hotels Are Targeted By Terrorists For "Worldwide Attention"; Housekeepers Should Be Trained To "Report Suspicious Activity" 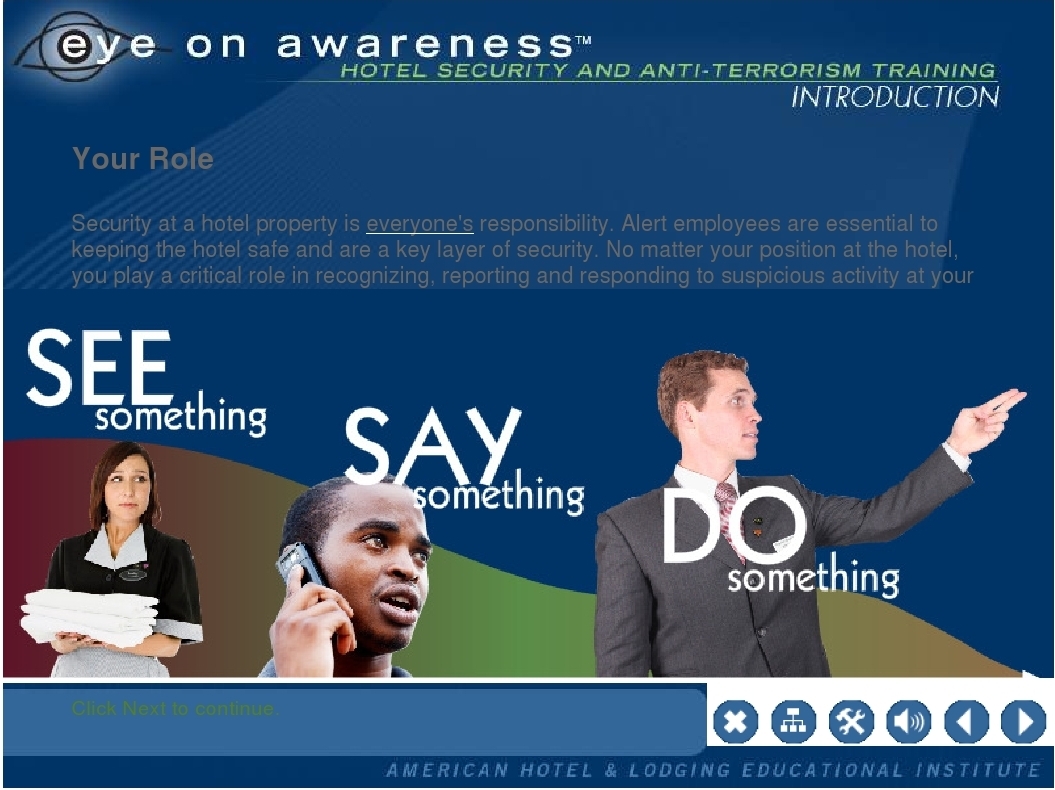 CLICK ON "SEE" TO WATCH "EYE ON AWARENESS" PREVIEW

Hotel bombings in Baghdad, Jakarta, and Moroccoâ€”hospitality properties have become popular targets for terrorism in recent years. Not surprisingly, a majority of todayâ€™s guests list safety and security as their most important concern when planning a hotel stay. Â How can your hotel ensure a sense of security and still offer a welcome and inviting environment for guests? A propertyâ€™s front-line employees may well be the most crucial, yet often overlooked, element of effective hotel security.

Developed in partnership with international security experts, hospitality leaders, and the U.S. Department of Homeland Securityâ€™s If You See Something, Say Somethingâ„¢ campaign, Eye on Awarenessâ€”Hotel Security and Anti-terrorism Trainingâ„¢ provides the skills and knowledge essential for hotel employees to recognize, report and react to suspicious situations at their property.