There are daily headlines about the Zika virus. Although local transmission of the disease is currently contained within a very limited space in southern Florida, public uncertainty abounds—especially around the state and among those with any plans to travel there. State and federal public health officials are working with the resources available to them—but the U.S. Congress, mired in election-year politicking, has failed to advance a Zika funding measure. 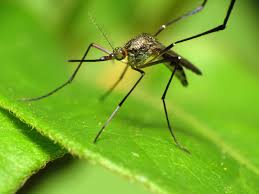 That needs to change immediately. Safeguarding the public health, on its own, demands action. But not to be dismissed is the potential economic damage to the Floridian and national economies simply because people are too apprehensive about Zika to go about their daily lives.

Travel avoidance due to Zika fears poses a serious challenge to our nation’s travel industry, which generates $2.1 trillion in economic output for the U.S., drives job creation across the United States, and is among the top 10 employers in 49 states and the District of Columbia. Travel and tourism has continuously played a major role in our country’s post-recession recovery. Continued inaction on Zika funding puts this recovery—and millions of American jobs—on shaky ground.