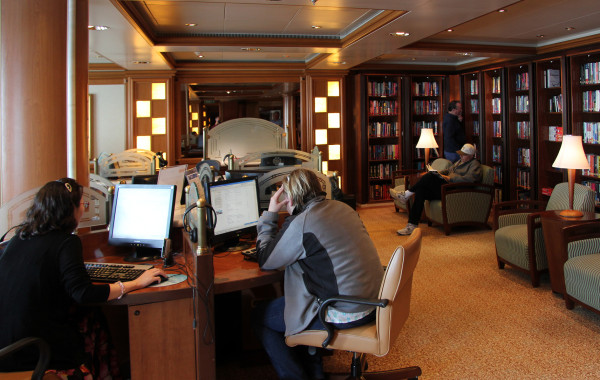 On November 2, 2015, the FCC issued two separate news releases on Wifi blocking. In one action, the FCC announced a $718,000 fine against M.C. Dean, one of the nationâ€™s largest electrical contracting companies, for blocking personal mobile â€œhotspotsâ€ of convention visitors and exhibitors who tried to use their own data plans at the Baltimore Convention Center to connect to the Internet rather than paying M.C. Dean substantial fees to use the companyâ€™s Wifi service.

According to the FCC, as the exclusive provider of Wifi access at the Baltimore Convention Center, M.C. Dean charges exhibitors and visitors as much as $1,095 per event for Wifi access. Last year, the Commission received a complaint from a company that provides equipment that enables users to establish hotspots at conventions and trade shows. The complainant alleged that M.C. Dean blocked hotspots its customers had tried to establish at the Baltimore Convention Center. After receiving the complaint, FCC Enforcement Bureau field agents visited the venue on multiple occasions and confirmed that Wifi blocking activity was taking place.

The Enforcement Bureauâ€™s investigation found that M.C. Dean engaged in Wifi blocking at the Baltimore Convention Center on dozens of occasions in the last year. During the investigation, M.C. Dean revealed that it used the â€œAuto Block Modeâ€ on its Wifi system to block consumer-created Wifi hotspots at the venue. The Wifi systemâ€™s manual describes this mode as â€œshoot first, and ask questions later.â€ M.C. Deanâ€™s Wifi blocking activity also appears to have blocked Wifi hotspots located outside of the venue, including passing vehicles. The Commission charged M.C. Dean with violating Section 333 of the Communications Act by maliciously interfering with or causing interference to lawful Wifi hotspots.

In a separate announcement, unrelated except as to the subject matter, the FCC proposed a $25,000 fine against Hilton Worldwide Holdings, Inc. for â€œapparent obstruction of an investigation into whether Hilton engaged in the blocking of consumersâ€™ Wifi devicesâ€. A consumer complaint alleged that Hilton was blocking visitorâ€™s Wifi in Anaheim, California in order to force them to pay a $500 fee to access Hiltonâ€™s Wifi. Other complaints alleged similar Wifi blocking at other Hilton-brand properties.

In November 2014, the FCC Enforcement Bureau sent Hilton a letter of inquiry requesting information concerning basic company information, relevant corporate policies, and specifics regarding Wifi management practices at Hilton-brand properties in the United States. After nearly one year, Hilton has failed to provide the requested information for the vast majority of its properties. The proposed fine and announcement to Hilton included a demand to immediately provide the essential information and documents about its Wifi practices, and warned that Hilton may face significantly higher fines for continued obstruction or delay.